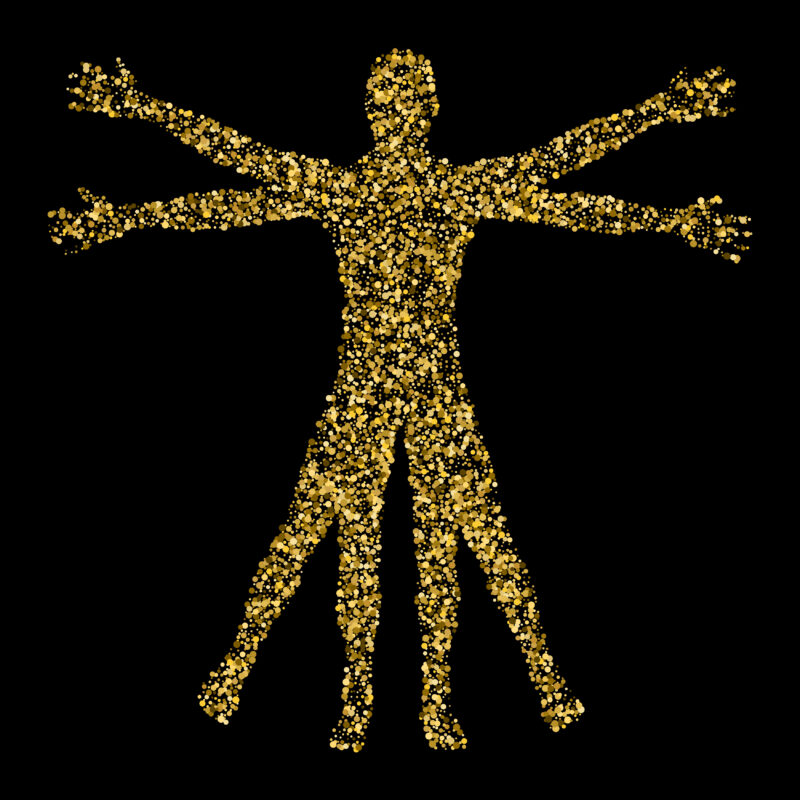 is currently the most advanced field of Microbiome Research and Development. Reason for this is obvious: possibility to intervene with human microbiome can enable us to intervene with various human health conditions. Majority of R&D is focused on the gut microbiome, as a reservoir of the greatest quantity and diversity of microorganisms in direct contact with our blood and immune system. Examples of condition for which a relationship to gut microbiome has been shown is very broad and include diabetes, obesity, various inflammatory disorders of the gut, autoimmune diseases, neurological conditions and certain types of cancers. Besides therapeutical approaches, great interest is in nutritional product and advices for improvement of general health and fitness based on gut microbiome. Skin is the second large area of human microbiome R&D. Basically, it develops along two main areas: therapeutics for existing skin conditions and products for healthy skin, such as prebiotics or probiotics. Importance of vaginal microbiome for feminine health is another field of research. Several startups as well as larger consumer-goods companies are working on solutions to protect vaginal microbiomes or how to restore the damaged ones. Recent research has shown an importance of early colonization of newborns by the bacteria from their mother. For example, babies born by Cesarean section or fed only by baby formula, have an increased risk of developing various metabolic and immune conditions. Researchers and companies are investigating ways of transmission of mother´s microbiome to infant microbiomes, searching for possibilities to restore it. Oral and respiratory microbiome are two other areas of human microbiome where intensive research is being conducted. Questions include: “How to improve growth of beneficial bacteria in the mouth, nose and throat?” or “how to reduce or eliminate those contributing to disease or simply bad mouth odor?” Finally, microbiomes of the decomposing human corpses can be also of interest for forensic sciences. In the following few paragraphs we will try to summarize current technologies and development of products and therapeutics in the area of human microbiome. 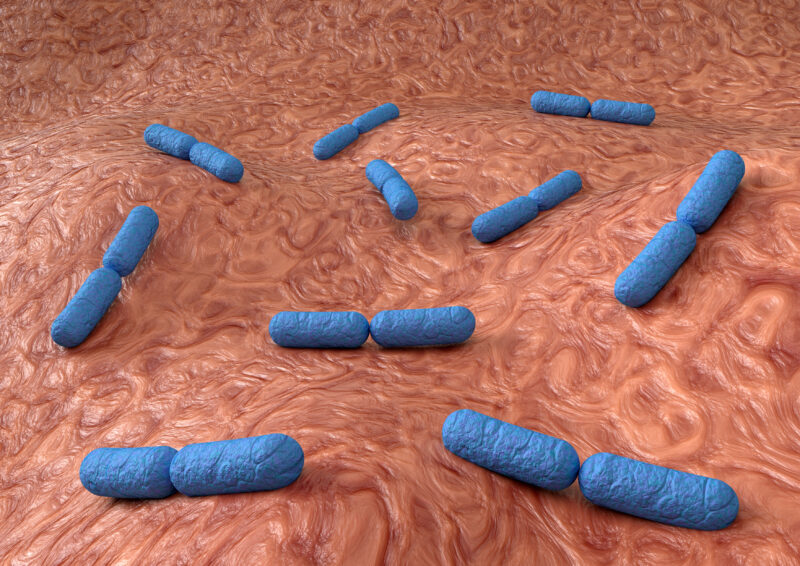 Current approaches to the application of our knowledge about human gut microbiome are developed both in the non-therapeutical and in therapeutical field. In the non-therapeutical area, efforts are aimed at health, fitness and overall improved well-being. Typical services include profiling of the individual gut microbiome by DNA-sequencing (NGS) of a small stool sample sent by the customer. A number of companies are selling kits for stool sampling, providing downstream sequence analysis, results of which are then processed and sent to the customer. However, there are differences in the depth and range of services in this area: from basic sequence analysis and microbial profiling to the various levels of nutritional advices, using mobile apps or AI-based algorhytms predicting for each individual customer which food or which supplements would stimulate or suppress certain kind of bacteria in their gut. Many of the ingredients of these supplements are known from the “pre-microbiome” era as:

Recently, we have seen rapid increase in a number of companies attempting to deliver new gut-microbiome-based therapeutics. Variety of the developing technologies and applications is astonishing. An example of a gut-microbiome-based approaches is so called “Fecal Microbiota Transplant” therapy or shortly – FMT. It is based on transfer of the fecal material from a healthy person into a patient with bacterial- or other inflammatory gut condition. Modern FMT based therapeutics are being developed in the form of capsules for oral intake. Besdies bacterial infections, several companies are currently developing FMT-based therapies for Type II diabetes and some types of cancers.

There is also a great interest for development of microbiome-based therapies for many other gut conditions such as Irritable Bowel Syndrom (IBD), Crohn´s disease, Immuno-oncologic therapies, neurological diseases, rare diseases and others. Application of specific bacterial strains, small molecules or selective elimination or modification of bacteria by bacteriophages (bacterial viruses) and / or gene editing tools (e.g. CRISPR-Cas) are actually becoming new generation of therapeutics and antimicrobials.

Important to mention are also efforts of several companies to develop gut-based sensors as diagnostic tools for various diseases. 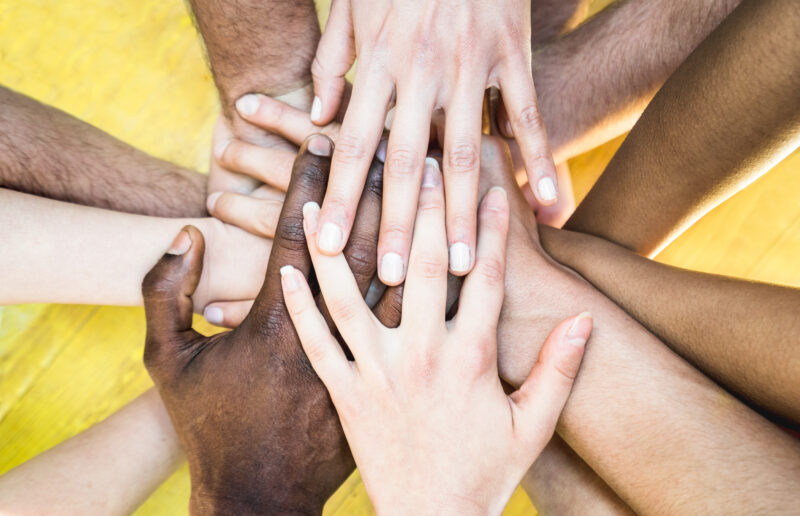 It is our largest organ (about two square meters large!), our first barrier to the outer world, our sensor for touch, temperature and, yes, it contains a variety of microbes on it! Microbial species found on different locations on skin, such as armpits, feet, face etc. are quite different and very important for the immunity and health of that particular skin area and for our health in general.

Recent insights into composition of our skin microbiomes awakened great interest in various industries, from cosmetics to skin products such as soaps, shampoos, creams, deodorants etc. New vision of skin-products claims is arising: if not beneficial, they must be at least not harmful for the healthy skin microbiome. Similar to the gut microbiome, non-therapeutic products belong to prebiotics, probiotics and postbiotics.

Therapeutical R&D includes treatments for skin conditions such as acne, eczema, psoriasis etc. as well as investigating connections between skin health and other health conditions. 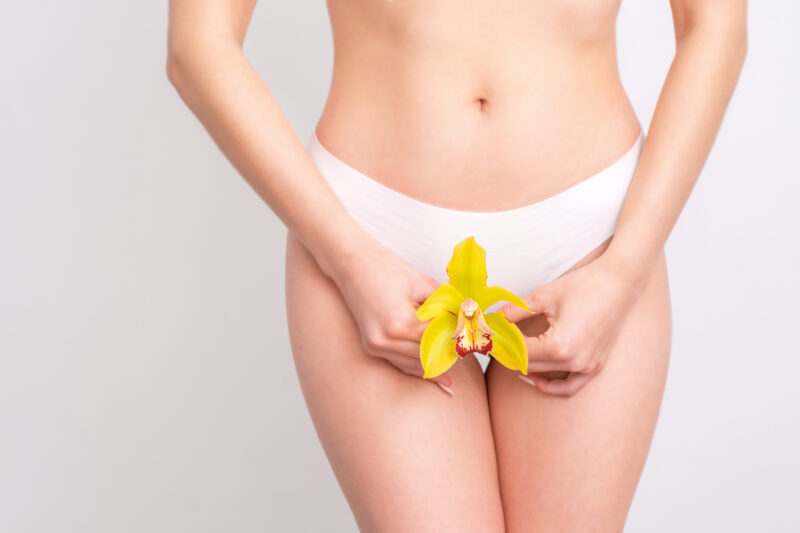 Dominant vaginal bacterial species belong to the genus Lactobaccilus. In some women, however, some other, mostly anaerobic bacterial species, might be prevalent. Various factors such as age, ethnicity, hormonal status, smoking, diet, sexual practices, social factors etc. may contribute to this. Vaginal microbiome with low Lactobacilli is referred to as vaginal dysbiosis or bacterial vaginosis (BV) and is generally considered unhealthy. In some parts of the world (typically less developed), up to 50% of the female population could be affected by BV.

All possible effects of bacterial vaginosis are still not clear. It has been associated with miscarriages, preterm delivery, increased risk of HIV and other sexually transmitted infections, as well as with lower fertility or even infertility. A psychological burden of lack of self-esteem among women affected by BV is not to be underestimated. 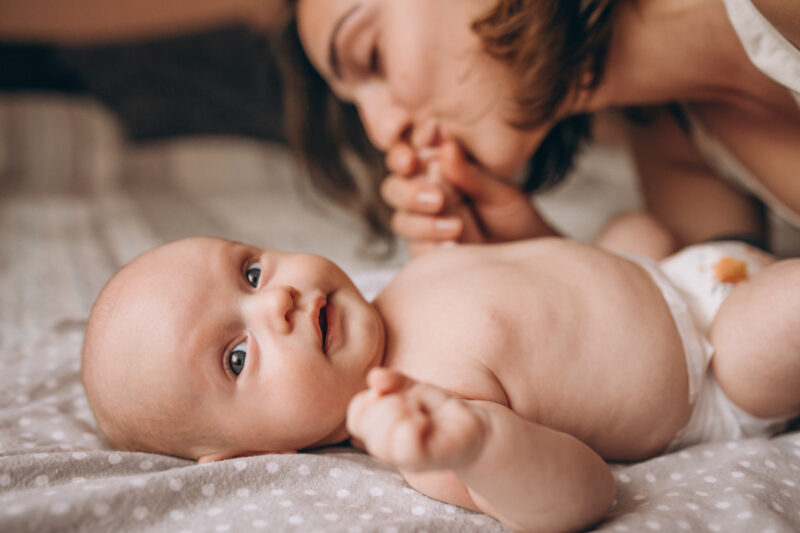 Scientific evidence accumulated during last ten years have increasingly shown importance of early development of healthy microbiomes in newborns and infants. Failure or delay in this process can result in various metabolic and immune conditions such as celiac disease, irritable bowel syndrome (IBD), type-1-diabetes, asthma, allergies and others.

Main reservoir of bacteria which serve as “seed” for new microbiome in newborns is the mother. Babies born by natural birth and which were breastfed, are automatically exposed to several mother´s microbiomes: vaginal, gut, oral and skin. On the contrary, birth by Cesarean section, feeding only by baby-formula, or damage of the mother´s microbiome due to the antibiotic therapy or other reasons, leads to different composition of the newborn´s microbiome. For example, differences between microbiomes of the babies born by C-section and those born vaginally, can be sometimes observed up to several years after birth.

There is an ongoing debate among researchers, which of the mother´s microbiomes (vaginal, oral, gut, skin) is most critical for the “initiation„ of which microbiomes in newborns and, which other factors may contribute to faster or slower development of the healthy microbiomes. Many factors, such as lifestyle and nutrition, are likely to influence infant microbiomes in the same manner as in the adults. All conseqeunces of the impaired microbiomes on the development of the immune and other systems in infants are yet to be defined.

Currently, two questions are being investigated:

In the latter case, a partial microbiome restauration has been achieved in experiments with application of mother´s vaginal fluids on newborns. Another alternative is direct manipulation of baby´s microbiomes with pre-defined mixtures of pre- and probiotic bacteria.

Finally, breastfeeding is highly recommended as a natural way of exposure to mother´s microbiome and, as a source of specific types of sugars (oligosaccharides) in mother´s milk which stimulate growth of beneficial bacteria in baby´s gut. 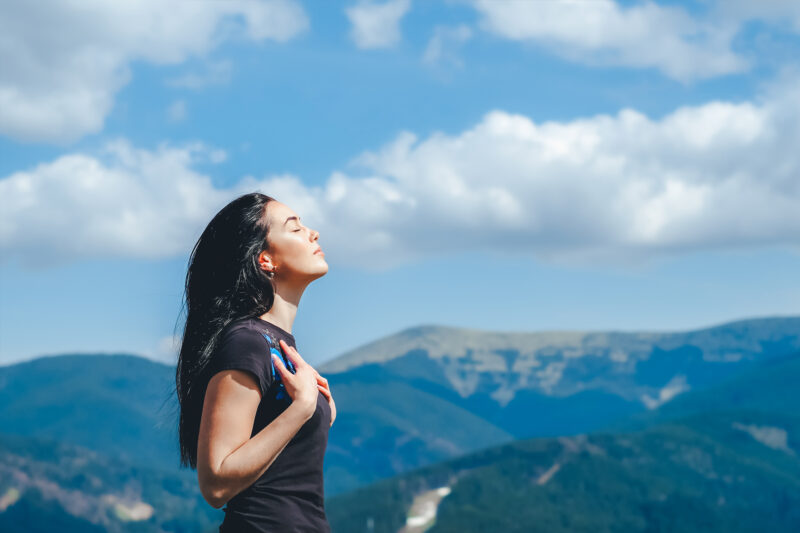 Like gut microbiome, human mouth and respiratory tract are home to various microbial species which differ between throat, oral- or nasal cavities. Scientist are only beginning to discover importance of composition of these microbial communities for health and immunity and try to find links between them and various diseases and conditions.

Damages to oral microbiome due to a lifestyle, eating habits, smoking etc., are a factor for bad mouth odor and many dental and gum diseases including cancers, in and outside of oral cavity. Commercial interest for microbiome-based new solutions for oral and dental hygiene has grown recently and some products are already available. Another focus of the ongoing research is influence of oral and respiratory microbiome on proper development of immune system in children (similar to the infant´s microbiome mentioned earlier…) but also dental caries, weight gain, asthma and other pathological conditions and diseases.

Unfortunately, since last year we are all witnesses of the SARS-CoV2 pandemic, a life-threatening disease, most serious complication of which is malfunctioning of the upper respiratory tract. Analysis of SARS-CoV2 patients have shown frequent co-infection of oral cavity and upper respiratory tract with several pathogenic bacterial species. This opens a possibility of reducing risk, or at least severity of infection of SARS-CoV2 and, maybe other similar pathogens, by interfering with oral and respiratory microbiome. Furthermore, an oral or respiratory infection can cause temporary or even permanent changes in tissues and, consequently in microbiomes, making a person more susceptible for the next infection or chronic pathologic conditions such as allergic rhinitis, asthma, chronic obstructive pulmonary disease (COPD), cystic fibrosis and others. One possibility to provide better immunity and prognosis in these cases is restauration of the oral and respiratory microbiome, either directly or indirectly, for example through a positive feedback from the gut microbiome. Few companies are already having new products in this area in their pipelines. 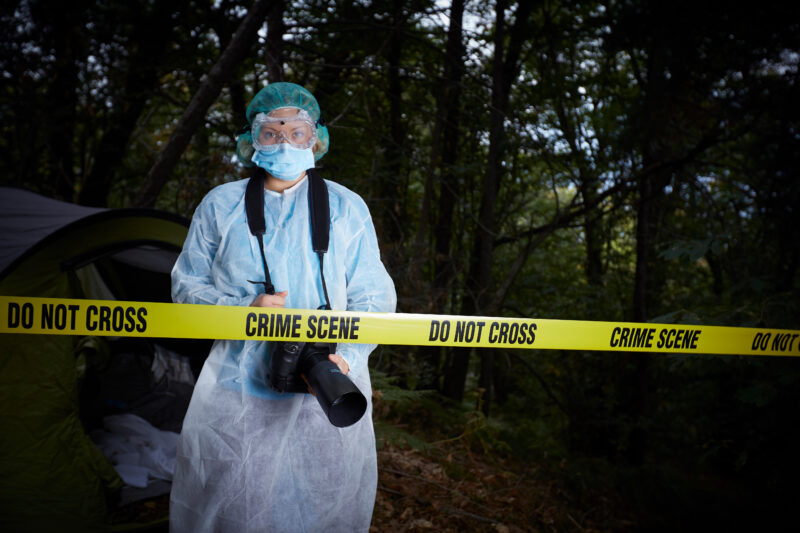 1) Microbiomes of the body fluids and tissues are specific for an individual, just as the fingerprints or genetic material (DNA). We have previously talked about oral and skin microbiome. Microbiome analysis of the saliva or skin traces at the crime scene can provide better leads for the investigators.

2) After life is over, microorganisms play crucial role in the decomposition of humans, animals and plants. Microbiomes related to decomposing human corpses can serve as an estimate of the time of death or help in search for buried bodies.

According to our best knowledge, there are no products in this area yet. Anyway, further standardization of the sample collection and processing, as well as education and training of the police officers and investigators is reasonable.

We use cookies on our website to give you the most relevant experience by remembering your preferences and repeat visits. If you wish to exclude certain categories of Cookies or learn more about them, go to "Cookie settings". By clicking “Accept”, you consent to the use of ALL the cookies.
Cookie settingsACCEPT
Manage consent

This website uses cookies to improve your experience while you navigate through the website. Out of these, the cookies that are categorized as necessary are stored on your browser as they are essential for the working of basic functionalities of the website. We also use third-party cookies that help us analyze and understand how you use this website. These cookies will be stored in your browser only with your consent. You also have the option to opt-out of these cookies. But opting out of some of these cookies may affect your browsing experience.
Necessary Always Enabled

Performance cookies are used to understand and analyze the key performance indexes of the website which helps in delivering a better user experience for the visitors.

Analytical cookies are used to understand how visitors interact with the website. These cookies help provide information on metrics the number of visitors, bounce rate, traffic source, etc.

Advertisement cookies are used to provide visitors with relevant ads and marketing campaigns. These cookies track visitors across websites and collect information to provide customized ads.

Other uncategorized cookies are those that are being analyzed and have not been classified into a category as yet.

SAVE & ACCEPT
Go to Top